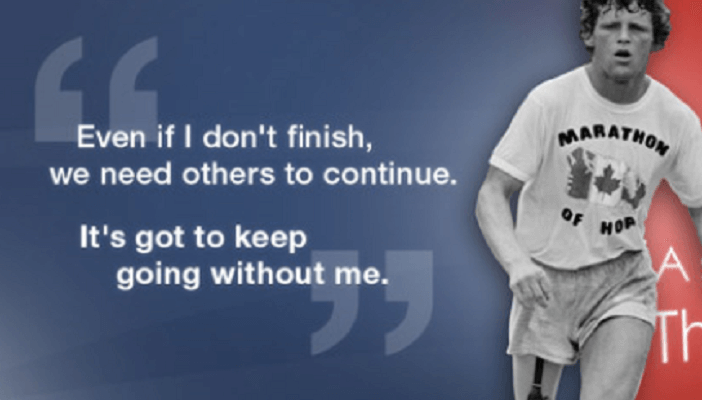 The Terry Fox Run is an annual non-competitive charity event held in numerous regions around the world in commemoration of Canadian cancer activist Terry Fox and his Marathon of Hope, and to raise money for cancer research.

“Even if I don’t finish, we need others to continue. It’s got to keep going.”

Thanks to the generosity of our North Hill community, we managed to raise a total of $6,900.00. We helped do our part in continuing the legacy that Terry Fox left behind; “to keep it going”!